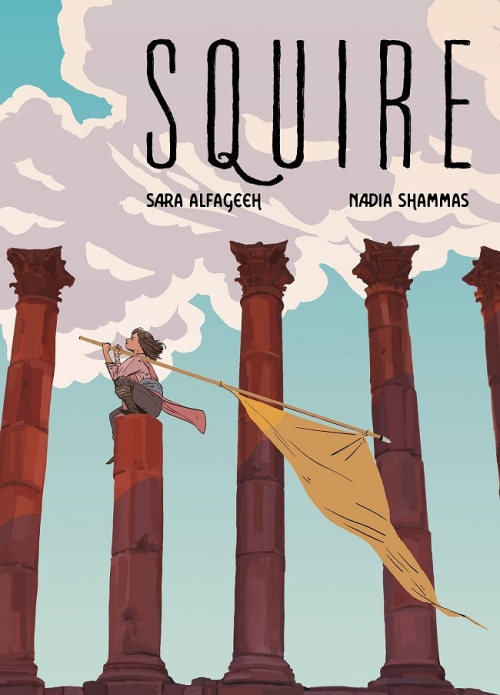 Shammas, N.
Fourteen-year-old Aiza is a farmer and, as such, is considered a second-class citizen. She dreams of leaving her life of poverty behind and being a Squire or a Knight—and one day, she gets the chance to leave everything she knows behind…but she must hide her true identity and learns that everything is not as it seems. A graphic novel set in a fantastical empire, this story follows Aiza’s journey as she discovers how the great powers play games with the Squires as if they were mere pawns. In a secondary classroom, the novel lends itself to literature groups or as an independent novel choice. It may be of particular interest to students who enjoy graphic novels in the fantasy or political fiction genres.
Collections:
Novel
Subject:
English Language Arts
Grades:
Recommended Grades & Subjects
Dec 2022